The Himalayan Dash 2011 started after a pre-event cocktail at The Lalit, New Delhi and passed through Shimla, Manali, Jispa, Sarchu, Leh, Hundar, Pangong Tso & Mulbeg to end successfully and as scheduled on the 11th of July at Srinagar. The 2011 event had 44 participants including 4 ladies and 13 vehicles apart from an ambulance and service car.

Carnation Magneti Marelli-Auto Premio Solutions were the service partners and BBC Top Gear, Lonely Planet Magazine and FHM were the media partner for the event.

The event concluded with a gala dinner at The Lalit Grand Palace Srinagar. 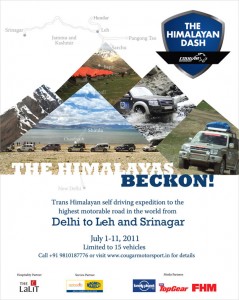 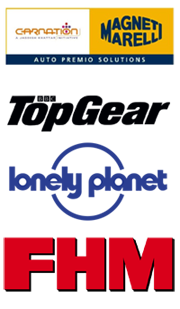