Season 6 of RFC India was held from Aug 3 to 10, 2019 during the south west monsoons with participation from 37 national teams competing over 7 days across 26 Special Stages. 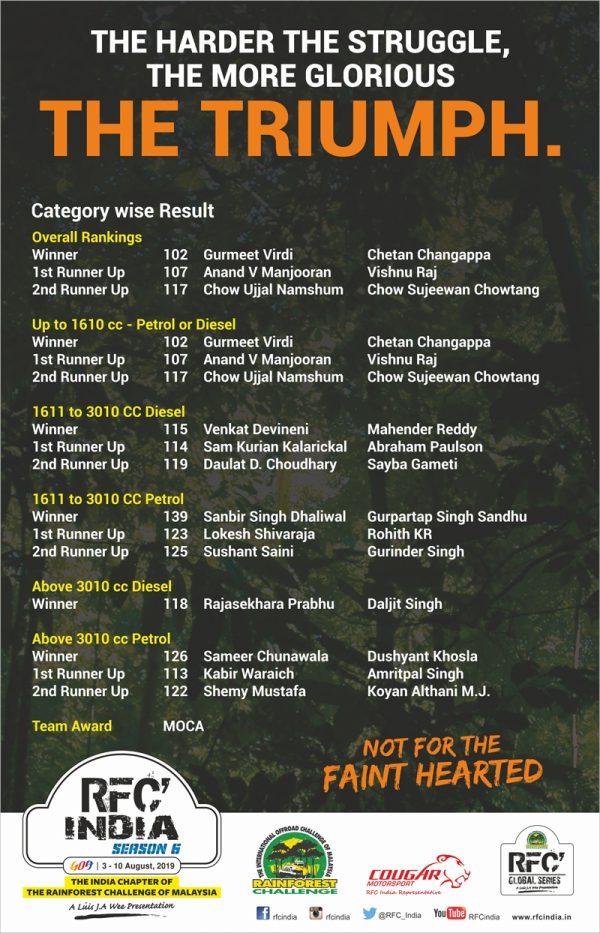 The prize distribution ceremony was held at The Fern Kadamba in the presence of Mr Vijay Sardesai, MLA of Goa and Mr Anup Abraham (Head-Marketing Communications, ISUZU Motors India Pvt. Ltd.) who gave away the prizes. A number of competitors were acknowledged and awarded prizes across various classes. 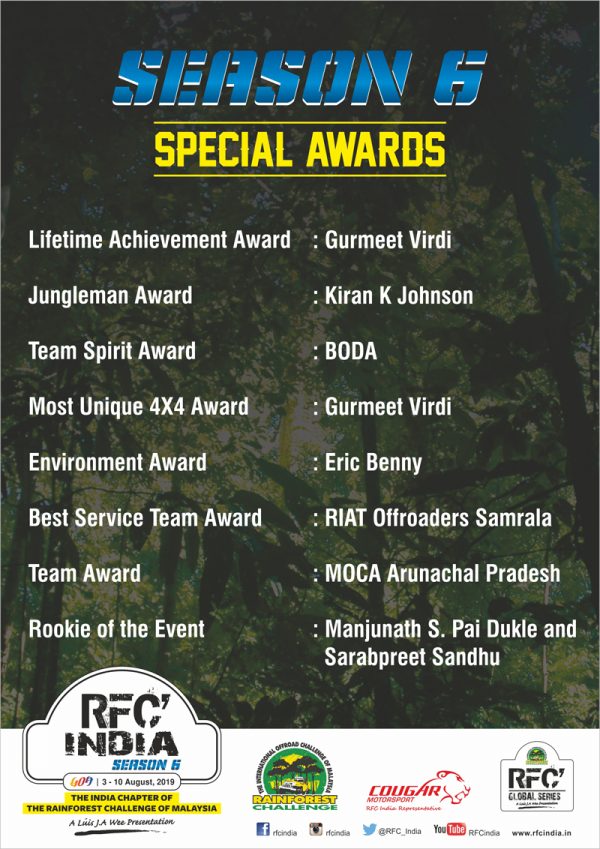